To celebrate the Ramsar Convention on Wetlands – World Wetlands Day 2021 we are highlighting one of the world’s least known but incredibly important wetland biodiversity hotspots, the North Rupununi Wetlands. This incredible wetland complex is found in the southern interior of Guyana, South America and contains more than 450 fish species, which in turn supply a food chain to endangered species such as the black caiman, giant river otter, giant river turtle, and recovering populations of the largest freshwater fish in the world, the arapaima. The wetlands are not only important for conservation, but they also supply local people with a range of resources such as fish, building materials and water, and support livelihoods such as sustainable fishing and ecotourism. 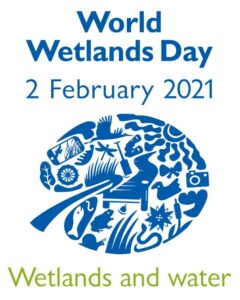 Uniquely, the North Rupununi Wetlands is a portal between two major river basins, the Amazon and the Essequibo. Seasonal flooding allows aquatic wildlife from one river system to mix with the other resulting in this huge diversity of wildlife. The Cobra Collective has been working with local communities and partners in the region to determine the precise location of these connections, through which species migrate, and how flooding from the different rivers moves out across the wetlands. This work is vital because of pressure to convert natural habitats into industrial farms, logging, mining and oil wells, and associated infrastructure, such as access roads. Poorly planned developments can block the water flows cutting off this important seasonal connection. This increased activity is also having an impact on people and wildlife in terms of pollution and over-harvesting from irresponsible hunting, and unregulated or poorly regulated industrial farming, mining and logging. Ensuring that any developments do not block or pollute the seasonal water exchange is important otherwise sustainable traditional livelihoods will deteriorate and important wildlife species will be negatively impacted.

This short animation demonstrates the importance of the North Rupununi Wetlands and how vital the link between the Amazon and the Essequibo rivers is for people and wildlife.

Matthew is a consultant with over 20 years experience in delivering natural resource management and community related projects. He has managed projects in Europe, Asia, Africa, South America and North America. Matthew’s expertise includes community engagement techniques and the design and management of natural habitats and resources to deliver multiple benefits such as livelihood support, biodiversity conservation, flood defence and water quality improvements. He is currently a manager of 35percent Ltd that delivers wetland related projects around the world for clients ranging from communities to private companies to governments to international agencies.