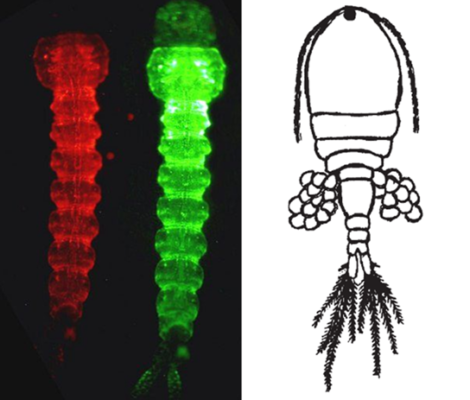 The Zika virus is a recent addition to the maladies spread by the Aedes mosquito. Aedes is already responsible for infecting millions of people across the world with Yellow Fever, Dengue and Chikungunya. Dengue alone is responsible for making between 50 to 100 million people ill every year. Control of the Aedes mosquito is clearly a key strategy for addressing these emerging global pandemics. One approach that has been heavily reported by the media is a solution developed by Oxitech, a biotech company emerging out of the University of Oxford, that has been able to genetically modify the male Aedes mosquito to produce sterile offspring. When this ‘GM’ mosquito is released in significant numbers to mate with ‘wild’ females, there is a temporary crash in the Aedes mosquito’s population. However, Aedes is phenomenally good as spreading back into areas where it has been removed, so the release of the genetically modified male would need to be a regular intervention in order to control the population.

An alternative ‘community owned solution’ has been shown to be highly successful in communities in Vietnam, with great potential for inspiring other Aedes ‘hotspots’ throughout the world. The approach promotes the spread of a natural predator of the Aedes larvae. Mesocyclops is a crustacean (part of the shrimp family) with a propensity to devour Aedes larvae. The Aedes female mosquito lays its eggs within any container filled with water. Trials in communities have shown that the Mesocyclops predator can easily be spread from container to container through the use of sponges. In some cases, involving community members in spreading and sustaining a healthy population of Mesocyclops has resulted in the almost total elimination of the Aedes mosquito, with no cases of Dengue registered in just two years of community involvement.

Every community has its own native Mesocyclops species: Tahiti has Mesocyclops aspericornis; Vietnam has Mesocyclops guangxiensis; the Americas has Mesocyclops longisetus – all have been successfully shown to almost completely eradicate the Aedes mosquito in community trials. Decision-makers have a clear choice when combating the emerging Zika virus pandemic and other diseases associated with the Aedes mosquito. They can support an expensive, foreign-controlled approach that involves a repeated release of a genetically modified organism into the  environment, or they can support communities in a solution that they would control themselves, relies on naturally occurring local predators, and would not need significant financial resources to sustain in the long term.

Isn’t it time that the media start covering and promoting a community owned solution to the Zika virus?